Oh LJ... I don't forget about you, I just forget when I have time.

I found an amazing new Google feature this weekend called Auto Awesome.  It takes photos I've taken and mashes them appropriately, all automatically and all awesome (fitting name, see?).

Example of Auto Awesome (and how I found the feature):

If you have a Google account and have photos associated with this account, click here to see if you have any Auto Awesome images!  I browsed through mine and found a few panoramic images from when we went to the Chinese Lantern Festival in January as well as a few other great motion mixes.

The above image was taken at the Classic Cup Cafe in Lancaster, TX on October 18, 2013.  Here, B and two friends are getting ready to drum (Caravan was the first song) with another friend during the break of a jazz session.  They were a bit of a switch but were certainly well received!  We had a great time. 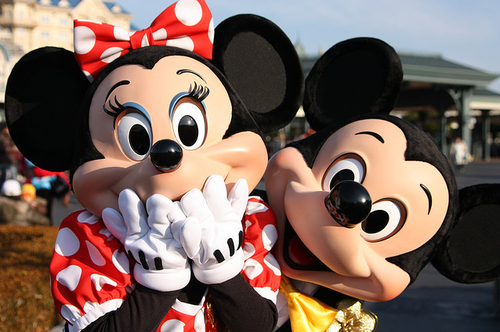 We recently took a trip to Walt Disney World with my entire family. Planning was nearly as much fun as going, and now that the trip is over, I want to share what we learned. Most of these tips were gleaned from the many links I have pinned to my Disney Dreaming board, but some are tips we figured out on our own. This is what worked for us, and things we think we might do differently when we go back. Everyone is different! Pick and choose what you think would work for you, but also be willing to adjust on the fly.

We did not stay at a resort, though I've heard it's a great experience. Some of these tips might change if we did stay at a resort. We rented a house with a pool and six bedrooms instead. It saved us a ton of money but we missed out on a few perks such as the Dining Plan and Extra Magic Hours.

A bit about our trip: 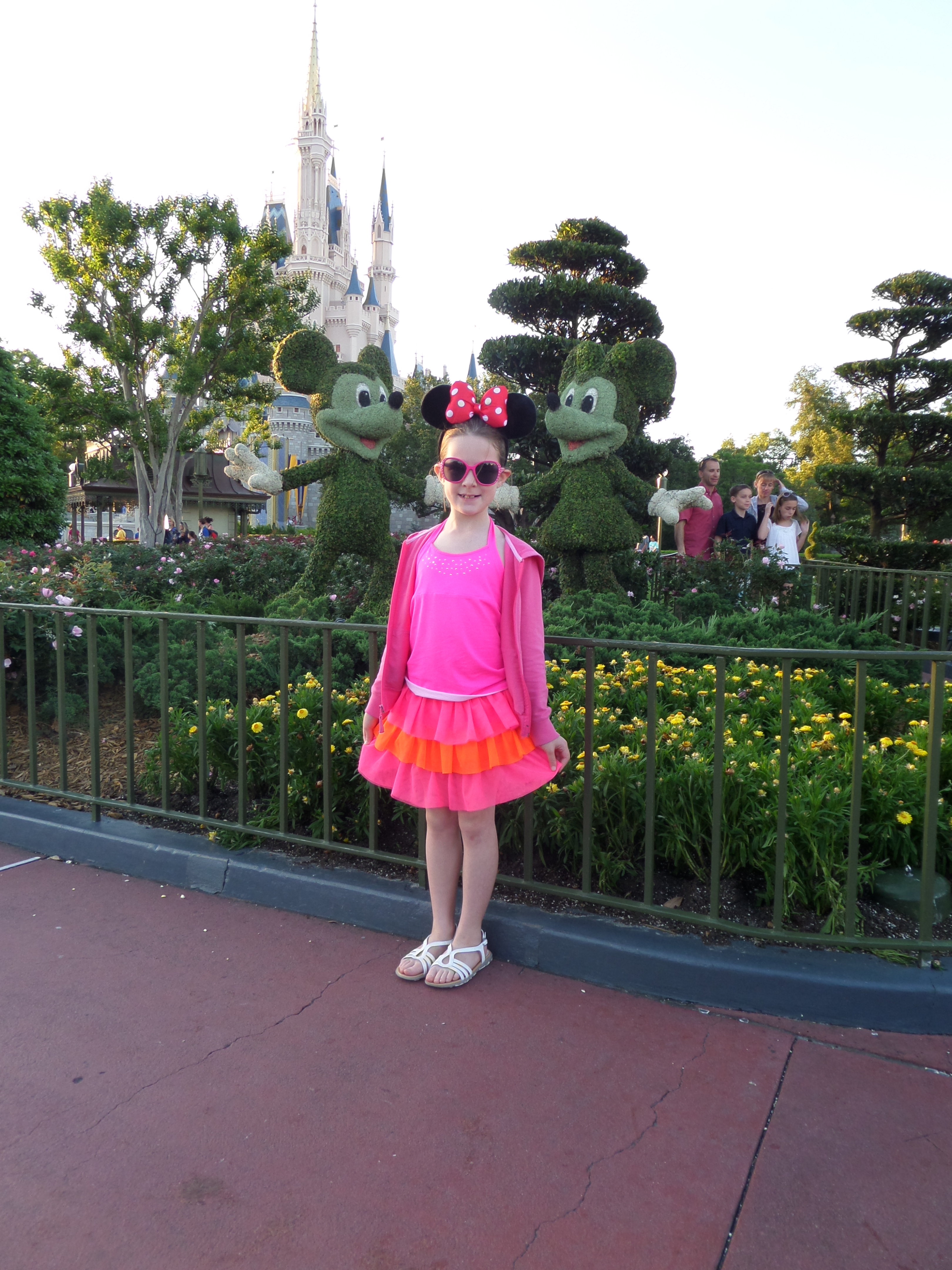 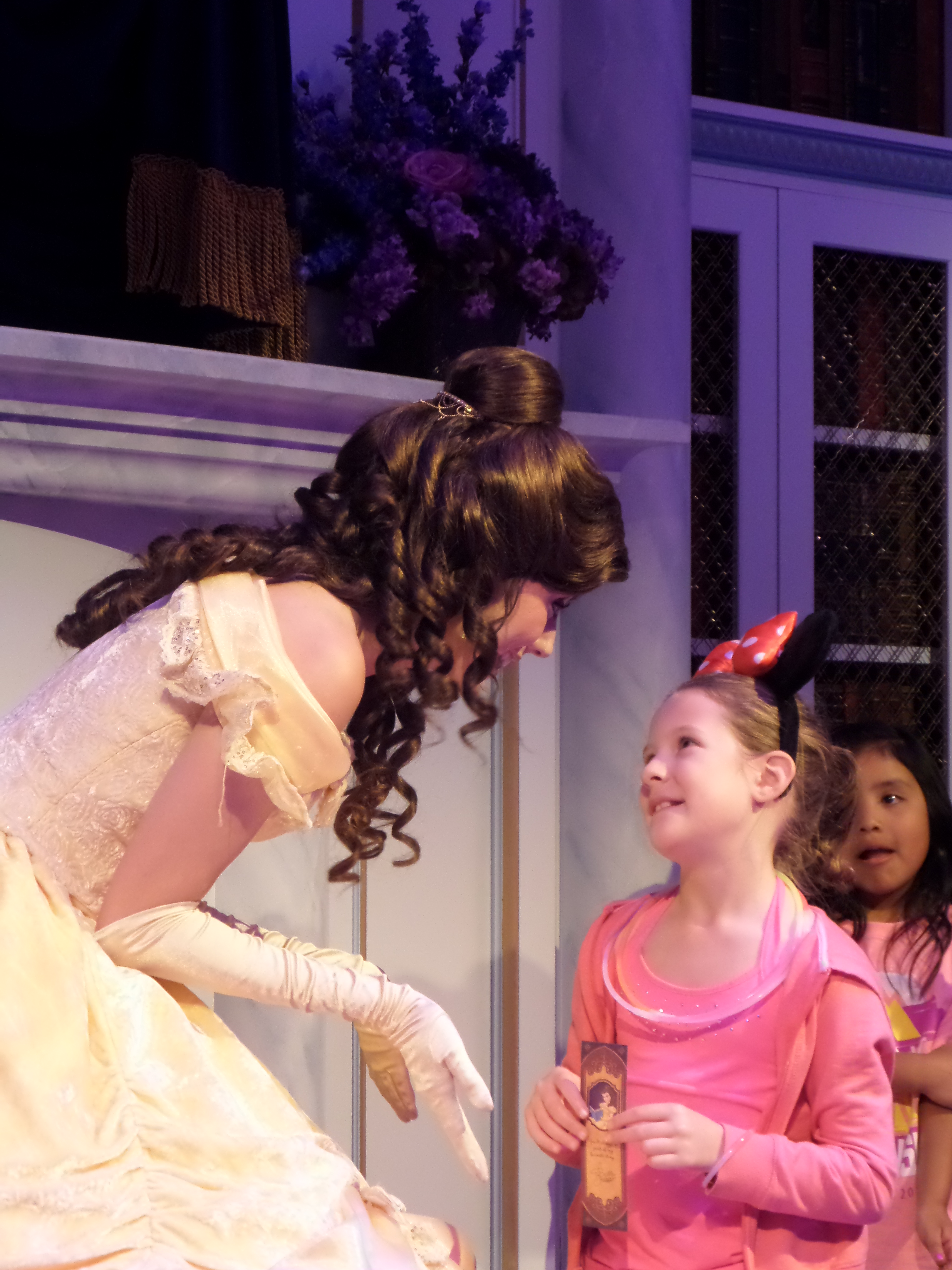 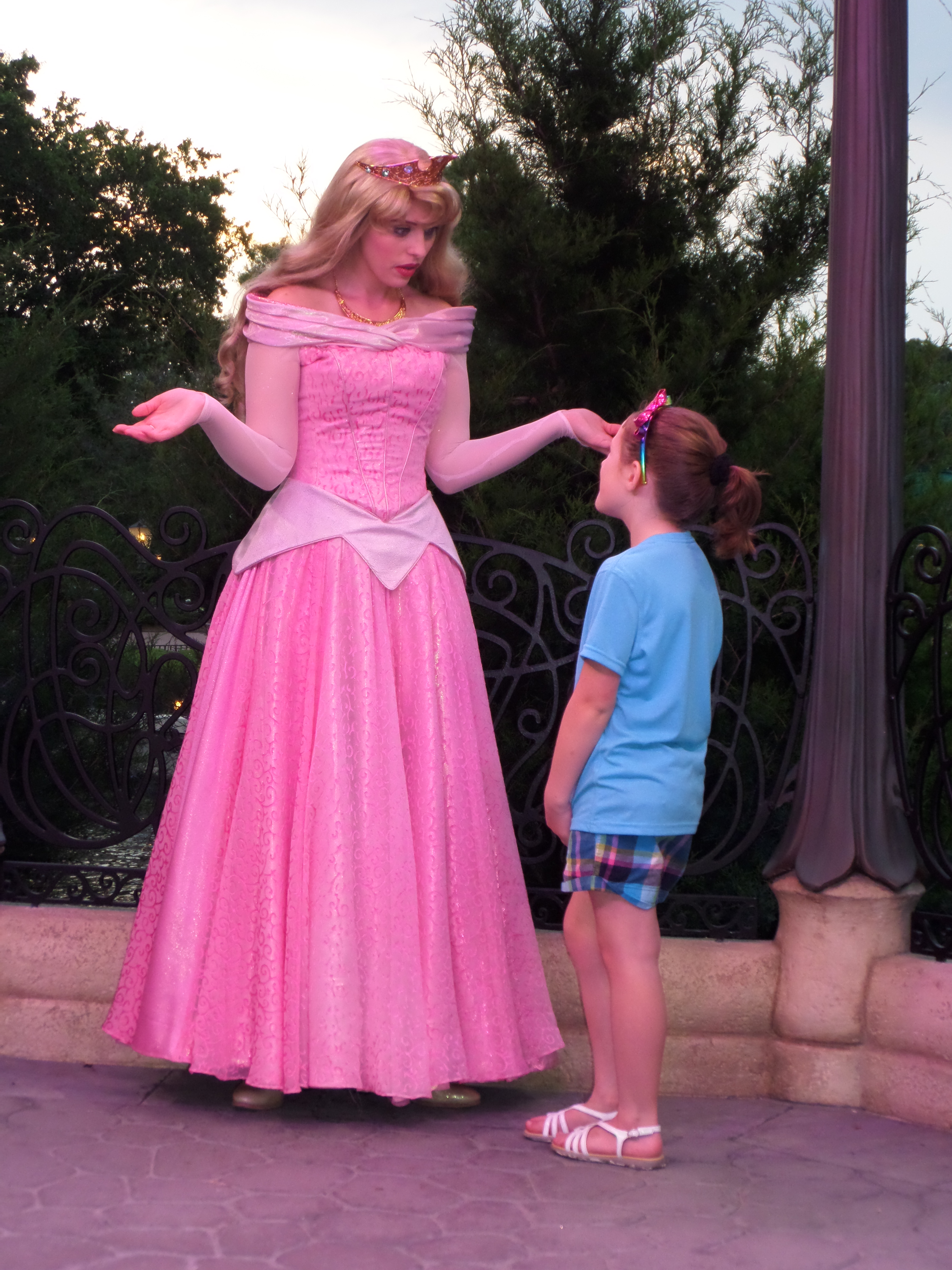 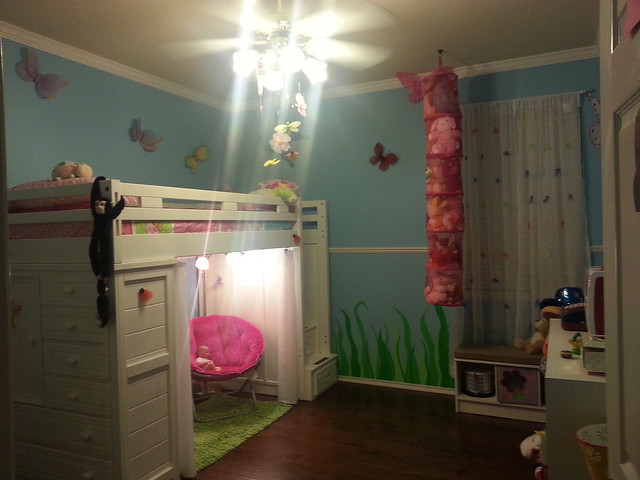 When life gets busy, it's so easy for me to forget LJ is here. Facebook is so much easier to access and follow and post, but doesn't really give much substance. Eh... It is what it is, though.

Sophie has graduated kindergarten. She was quite proud of herself, as she should be. B and I both were very proud of her as well. We received her Bracken scores within the last week or two and it's basically set her at two years ahead of her age, which isn't surprising knowing how she thinks. She's started reading bigger books, including the American Girl books and Freckle Juice.

We've moved her into a new school since her previous school only went up through kindergarten. I would have kept her at Primrose for the summer so she could enjoy summer camp (part of me still wishes we had, too) but we're moving her to a Montessori style school and we wanted to get her a little used to the school prior to academics starting in August. I don't think she would have had any issues adjusting looking back, but hindsight and all that...

She's starting to develop a bit of an attitude, which scares me. I mean, she's only six years old! I think some of that is just age, some of that is other kids, some of that is us, and some of that is lack of nap. We're still trying to figure out consequences that work the best. Hopefully it doesn't take too long to get there. She really is such an amazing kid.

Work is work. I still love my job, even through random drama and such. It keeps me busy, is challenging, and pays well, and I enjoy the people I work with. I've been given more projects that keep my busy and I couldn't be happier, really. It feels good to want to go to work every day.

And with that... I'm spent. My life is consumed by family and work. Scentsy has taken a back seat, but that's ok. I still love it but just have realized it's ok to not devote every waking minute to it. I think family is so much more important than that. This is one of the main reasons I'm not online much. Family is always the most important thing.

Oh, and Pinterest. It is a total time sapper, but so useful! I actually use many of my pins, too. We've tried lots of recipes, have made a few crafts, and tried a few household hints. There's so much I want to try...

We were all at my in-laws the other night. After dinner, there was a dessert of some sort of cake and ice cream. B's father set out forks for everyone.

While everyone else was getting their dessert, the few of us at the table had a little conversation about appropriate utensils for such a combination. My brother-in-law wondered about the fork and stated he would have selected a spoon instead. I agreed, as did my mother-in-law. I said B would most likely prefer a fork and my brother-in-law said the same of his girlfriend.

When I went into the kitchen to get my dessert and reached into the drawer for a spoon, B announced there were forks on the counter, confirming my earlier statement.

Once we were all around the table, we started talking about the forks and spoons again. Finally, B says, "I'll cut your heart out with a spoon!" and then Sophie pipes up with, "Use the forks, Luke!"

I nearly died laughing at her timing and response.

This weekend we took a little trip to Austin for the belly dance convention. The music ensemble B is in played for the opening acts, which was pretty cool.

He took a drum class the next day and we watched some of the other dancers perform. After that, we walked around South Congress Ave in the little shopping area south of the bridge. We got brats at Wurst Tex and cupcakes at Hey Cupcake and then chilled by the bridge and waited for the bats to fly. After that, we had drinks at Icenhauer's. Good times.

We're on the road headed home now. I did a little Scentsy work while we were down there, but not much. I posted about party baskets at holdtheflame.blogspot.com/2011/06/party-basket.html complete with pictures and info.

Things have been going well with Scentsy. It's difficult for me to really put myself out there, but I'm learning. I love it so much!

Sophie just graduated pre-k. To celebrate, I took her for a mani/pedi. She told B that because her nails are painted, she can't pick her nose. This is good to know.

Outside of all of this, there's not much going on. The next big thing coming up is our trip up north. I need to get that mapped and get rooms booked and meals planned. I just hope it's not hotter in Michigan than it is down here. I'm looking forward to the trip.

B sent me this message after having a conversation with Sophie about brains...

Benjamin: she just told me her brain has a beard.  LOL
Benjamin: crazy kid
Benjamin: she's trying to convince me our brains are swapped.
sm00bs: lol what the heck does that mean?
sm00bs: she's nuts
Benjamin: our brains are going to sneak out of our heads, meet in the hall and then pass by each other and get into the right heads
Benjamin: yah
Benjamin: cya
sm00bs: ROFL
sm00bs: INSANE

Today was Sophie's fifth birthday. I can't believe my baby girl is getting to be so big!!

Today was one gigantic pendulum swing. Actually, that's not entirely true. All in all, it was an excellent day.

We started off early with a visit to the dentist for Sophie. She saw one of her classmates there, which excited her to no end. She was a super trooper during the cleaning and did everything the hygienist requested. I was pretty impressed. However, the dentist found a tiny abscess. Apparently when they put in the crowns, they hit a nerve with the front one. I feel awful for not noticing it. He gave us two options: remove it today (nitrous and numbing only) or give her antibiotics and remove it later (with general anesthesia). We opted for removal today and Sophie surprised me again with how well she handled it all.

After the dentist, I went to Michaels and bought a bunch of things to make flower magnets and pens (I'll have to post the pictures of the magnets I've already done - they're so cute!). I can spend hours in there, but I had an appointment to keep, so I think I limited it to just one.

The appointment today was with my hair stylist to get my hair colored. I have to say, I absolutely LOVE it!! I just had her add some highlights and some copper lowlights. It is so freaking cute I can't even stand it! I'll take a picture eventually, I think... ;)

After the hair appointment, I hit the grocery store, mostly so I could buy the necessary items for strawberry ice cream. I should have made it when I got home but really felt the need to get a pedicure again since it had been two weeks anyhow. I'm so glad I did. The massage chair is one of my favorite things, but I love the massage on the legs. It was absolutely fabulous. It even included a paraffin dip, a hot wrap, and hot rock massage.

The girls at the nail salon also placed orders for Flutter Room Spray. I had to take my sample basket in so it wouldn't melt in my car. Yay for Texas heat! I gave catalogs away there as well as at the dentist this morning.

After dinner tonight we made the ice cream. I don't think I'm ever buying ice cream again. Ever.

Now I need to go deliver money to the child for the tooth she has under her pillow. The tooth fairy had to scrounge for change, but I don't think the child will mind. ;)

Not that this journal sees much action these days. There are a million and one things I'd like to talk about, but finding the time to write is the issue I'm up against lately (when isn't it?). Sophie's starting kindergarten next year, we've taken on this whole Scentsy thing, B is on the board for the HOA now, and he's still as busy as ever with drums and that's only the tiniest portion of all that's floating around in my head.

In any case, I know I've had a few Scentsy posts here lately and it seems to be all I'm doing (mostly because it really IS all I'm doing... I'm trying to get this going for real). If you'd like to follow more, please see me over at my blogspot page or on Facebook. I will still post a random special here from time to time, but I don't need to drive away the few readers I still have.

Thanks for being so awesome for sticking around. :)
Collapse